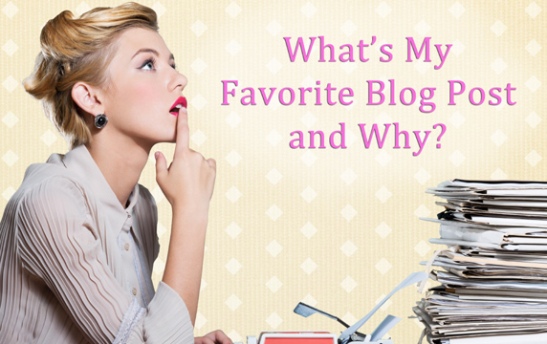 I was filling out an interview for a guest blogger feature on the I Just Wanna Finish My… blog and one of the questions was “What is your favorite blog post, and why?”

I was stumped. I scrolled through my posts. There were many I really liked but none that stood out as an all-time favorite. I settled on my post about drinking wine and blogging in my activewear because I thought it was funny and very “me.”

But it got me thinking about my writing and what one piece means the most to me. I realized it was one I hadn’t posted here yet. A post that started as a Facebook status. It’s probably the most meaningful heartfelt thing I’ve ever written. So here it is, my all-time favorite post:

Coming out of the Infertility Closet (originally published April 4, 2015)

When I first got pregnant, I was open about the IVF on Facebook because I wanted to post all my ultrasound pics from egg to baby. But I didn’t tell the whole story and how much of it was a long struggle and I had never mentioned anything about even trying to get pregnant before the big news. So this morning I decided to share the story and posted this:

Just sitting here this morning, with my belly almost blocking my keyboard, thinking about the long road I took to get here and the long journey I have ahead.

Around this time, eight years ago, I was pregnant for the first time. It only lasted seven weeks, but it was enough to make Sean and I realize how much we really wanted to start a family. With the first time being a total surprise we had no idea we were about to endure seven years of struggling and the heartbreak of repeatedly failed cycles.

We tried everything- timing, charting, fertility drugs, IUI’s. We even tried not trying. With Sean’s long deployments our efforts would be derailed, sometimes a year at a time. We finally sought the help of a fertility doctor who diagnosed me with endometriosis. I had surgery to remove it, along with a battery of tests that concluded we shouldn’t have any problem conceiving. But we still did.

Over the next year I quickly got over any fear of needles and learned to give myself shots, though I still preferred to shut my eyes and have Sean do it for me. I tried multiple drugs to ramp up my follicles. We did several rounds of IUI, where sperm is injected directly into your uterus through a catheter. It’s as fun as it sounds.

And still nothing. Not even a “maybe” line ever showed. Stark white tests. So we gave up again. Thought about adoption. Thought about maybe another dog. Sean got deployed for another 6 months.

I considered maybe I didn’t really want kids. I wondered if I was doing this because it was expected. I imagined us growing old, traveling the world and not worrying about raising a kid. As appealing as that sounded, it also seemed like something was missing. It was a little nagging feeling I couldn’t shake. I knew there was one thing left to try and at 38, time was running out.

So we tried a new doctor. By now my test results were dismal. We had a 15-20% chance of success. There was no sugar-coating this time. No “you got pregnant once, you can do it again” BS. Age plus years of endometriosis had left me with low ovarian reserve so there wasn’t much to work with. The doc suggested we get started on IVF right away. After years of disappointment, we both went into it with the last shred of hope we could muster.

The shots were brutal. Every day for over two weeks, all in the stomach. Twice and then three times day. We were running out of spots I didn’t have bruises. Sometimes the shots left large red lumps as well. I was bloated and miserable, but most of all determined to get through it.

The results of all that work were pretty crushing. I had managed to produce one mature follicle. A follicle does not even guarantee they can get a decent egg out of it. Most IVF patients get five or six. Some get as many as 20. I had one.

So they gave me the option to cancel the cycle and try again the next month with hopes I could produce more eggs. They said most places would go ahead and cancel the cycle anyway. I thought about how hard we had worked to get that one follicle and all the shots I had gone through and that there was no guarantee I could even make more. We held onto the mantra “It only takes one” and decided to go for it. The egg retrieval was a success and when we got the call to let us know it actually fertilized, I couldn’t keep the shock out of my voice. When the embryologist commented that I sounded surprised, I could only think to respond “We’re just so used to disappointment.”

With our first couple hurdles cleared we let ourselves get a little excited. Our little embryo grew and divided and reached the crucial stage for implantation 3 days later. We may have had just one shot, but it was starting to look like a good one and we were about to put our only egg in our only basket.

Throughout that last seven years I had grand ideas of how I’d surprise Sean with positive results if we got them. All that went out the window with the first hint of a second line on that little white stick. I think I just ran into the bedroom with a big smile waving the wet stick and asking him to squint at the little hint of color that was starting to show.

And now we’re here. Anxiously awaiting the day that little egg, who grew into our little son, will make his first appearance in the world. Sean calls him our lion among the sheep, and I can’t wait to hear his first little roar

I’d love to see what other people choose as their favorite thing they’ve written! Leave me a link in the comments so I can read your favorite stories too.

Fall Memory is the prompt today for #100daysofhalloweenhappy and picking pumpkins right off the vine at @darnellfarmsnc is one of my favorite fall memories. All the “pumpkin patches” in a Florida are just big piles of already picked pumpkins. So this was really neat 😊.
Go get your Docs and flannels. Todays blog post on Geek Mamas is all about mosh pits and the early ‘90s. #linkinbio☝️
Does DHM Sleepful make you sleep? Yes. But keep reading for the full story!
Yes I’ve seen a bunny a million times, but I’m still that person who stops and is like, Oh! It’s a bunny! 😍
Have you ever painted a pumpkin black? It makes for a really neat Jack-o-lantern! The pics are the process in reverse lol.
So many water beads 😳. It was a tiny baggie but they kept growing. Neat to see but now what do we do with them 🤔. Suggestions?