Merry Christmas to Me: A Nice Clean House

It’s SO nice to have a clean house. And it’s not that we are terribly “dirty,” but it’s a good sized house with a dog, two cats and three-year-old so it gets to the point every so often where I just feel like I can’t keep up with the bathrooms and the dust and the occasional pet hair tumbleweed that blows by. 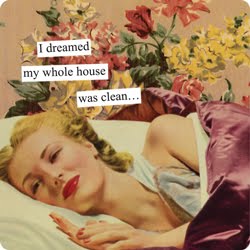 So when I walked into my friend’s house and was just struck by how CLEAN if looked and smelled, I terribly wanted a little of that. Then I heard a vacuum cleaner going down the hall, and I realized she had someone helping! She wasn’t working some kind of super mom miracle, she had someone cleaning her place. I realized maybe it was time to seek help as well and inquired about the cleaning person, to which she responded with rave reviews. I made an appointment with her that day to come by and look at my place to give me a quote and then by that Friday she was scrubbing and dusting spots I hadn’t managed to get to in months.

I have been hinting around forever about how a cleaning person would be a nice gift. Christmas, my birthday, when we had our son…but the only time we had it done was when we were moving out of our old house. So in case you have been trying that same route, just give up. They aren’t getting it. You’re going to have to set it up yourself.

So I went for it and told my husband “Merry Christmas to me, someone is cleaning the house today.”

And I liked it so much that I’m going to keep on getting it done, like a fruit of the month basket, this Christmas present is going to keep coming back. I will go out of my way to budget this in. It is SO worth it!

I had a list of excuses always running through my head for NOT getting it done- I don’t want to move everything out of the way, it’s impossible with a small kid. It’s too expensive, I need to do it myself. It would be like paying myself! I’m a stay-at-home mom, isn’t this supposed to be MY job? Shouldn’t I be able to get it done? 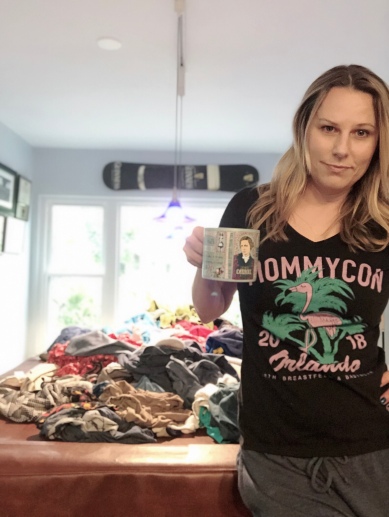 I felt a little guilty for not being able to keep the house sparkling clean. I just needed some help and I am terrible about asking for it. I did try to have it cleaned one time before and the quote was higher than I expected and then she actually called back the next day to say she couldn’t do it. I felt like my house must be pretty awful to have a cleaning lady be like, nope, don’t want that job! So of course after that I was sure it wasn’t ever going to be affordable.

But she just wasn’t the right person. Don’t give up in your search if the first try doesn’t work out. The new person did a great job and was in my price range. I kept waiting for her to call me the next day and cancel like what happened before. But so far so good! lol. And she has a small child so a few toys on the floor were no big deal. I didn’t feel like I had to clean the house before I had someone clean the house.

I’m glad I went for it, and I hope I can keep doing it because all of a sudden instead of trying to clean a million things, I realized I had time to catch up on some blog stuff, play with my son and actually get to some other house chores I hadn’t been able to get to. So not only did I have a clean house, but a gift of time as well. And at this point in my life, extra time is a very valuable thing. 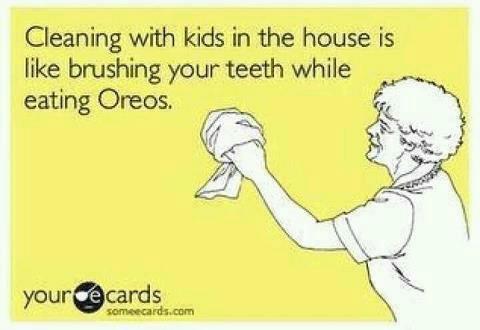 Todays post on GeekMamas.com is about keeping the magic alive 🌟.
Kicking off the season with the tree lighting at @atlanticbeachcc . Saturday night is the tree lighting at Beaches Town Center. And we still have to plan our own tree lighting and get a tree lol.
Transferring my @lettucegrow Farmstand indoors today! Wish me luck lol. I’m setting up the indoor grow lights for the first time.
And so it begins…
First time at the Light Boat Parade was a lot of fun! Neat boats, great fireworks, good time with friends and fam 😊
We have a Puppy School graduate! He also won a contest for the best focus on command. He held it for 22 seconds and blew away the previous class’s record, which was 4 seconds. Puppies are not known for their focus 😆.