GameMill Entertainment, in collaboration with NBC and Universal Games and Digital Platforms, released American Ninja Warrior Challenge this month so now you can compete like a ninja warrior and never leave the couch! Scroll to the bottom for details on entering to win a free Nintendo Switch download code for the game. 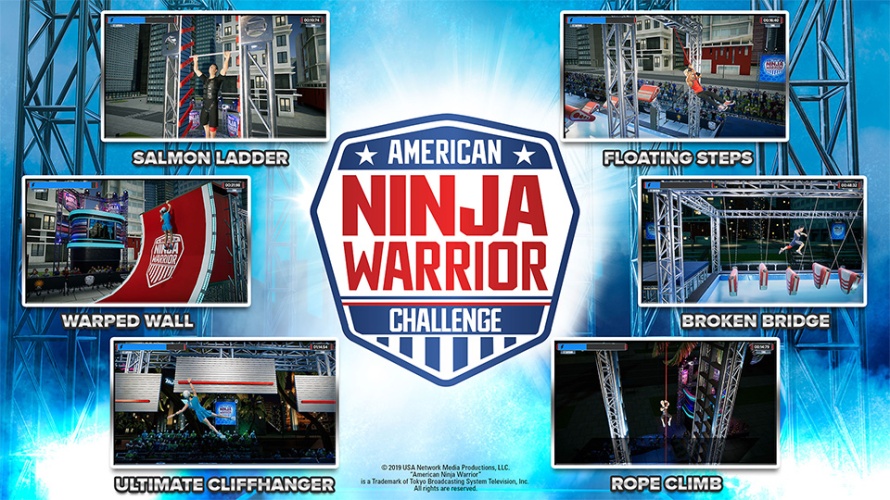 The new video game is based on NBC’s hit show American Ninja Warrior. The action-packed series follows competitors as they tackle challenging obstacle courses across the country, working their way to the national finals round in Las Vegas where they face a stunning four-stage course modeled after the famed Mt. Midoriyama course in Japan. The game follows the same idea, where you train and compete on courses just like on the TV show. “For more than a decade, each season of American Ninja Warrior has been a highly immersive experience that has provided fans with nail-biting finishes on intense obstacle courses,” said Chris Heatherly, EVP, Games & Digital Platforms, Universal Brand Development. “American Ninja Warrior Challenge captures that level of suspense and excitement in an authentic way, and lets players of all ages and skill levels compete to earn bragging rights as the next American Ninja Warrior.”

We put the “all ages” claim to the test and let my almost four-year-old give it a try. You start by creating your character, which can get very detailed! They have a lot of options for different hairstyles, clothes, even costumes. If you watch the show, you know some competitors are known for their unique styles, so this gives you a chance to really create your own look. Once you create your character, you are first put through a training round where the rules are explained and you get to try out the obstacles following the directions at the bottom of the screen. Throughout the game even in regular mode, there will be instructions on how to get through each obstacle. It will tell you things like “B, B, B, B” or “Y/A, Y/A, B.” Sometimes we found it hard to figure out what they wanted us to do, but it’s easy to pick up with a little practice. Executing the moves just the right way is the hard part.

We played mostly in “Rookie” mode, where failure is only due to running out of stamina. You’d be surprised how quickly that stamina runs out! We still haven’t quite got the hang of reserving our energy to get very far. It was pretty challenging for both of the us! So whether you’re four, or 40+, just like the real Ninja Challenge, this game will take a lot of practice to complete. The obstacle courses are straight out of the show and you even have the hosts Matt Iseman and Akbar Gbajabiamila providing commentary as you work your way through the challenges. You can also do fun things like raise your arms and make the crowd cheer you on.

I didn’t think my son liked it much because he kept running out of stamina so fast, but then the next morning the first thing he said to me was, “Mommy, can we play the hard game again?” I knew exactly which one he meant, lol.

Key features of the game include:

The game is available now on Nintendo Switch™, PlayStation®4, and Xbox One for $39.99 and rated E for Everyone.

Are you ready to compete?

Enter the giveaway for a chance to win a free Nintendo Switch download code for the American Ninja Warrior Challenge! Contest is open to US residents only, 18 and up. Contest ends midnight April 15, 2019. Winners are chosen randomly by Rafflecopter and will be announced on Facebook, this page and contacted by e-mail. 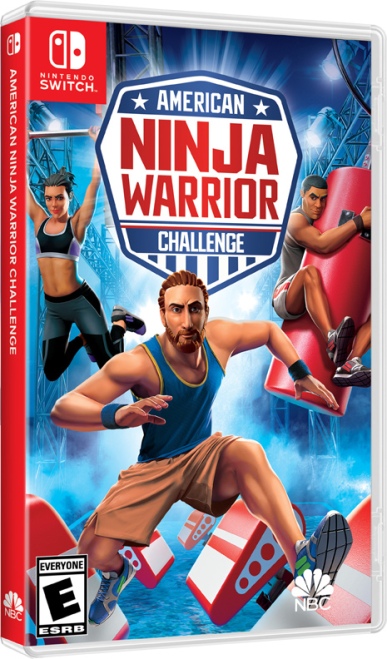