Breath of the Wild Breathes Some Life into an Older Gamer

After avoiding buying Legend of Zelda: Breath of the Wild for nearly a year, I finally succumbed to temptation and bought the game last week. I was avoiding it for my own good, since we have a history. One that started in 1987 when I went on my first quest and became completely obsessed with saving the princess. And then continued that obsession with each new release and stayed up many late nights playing Zelda II and III.

Then came adult life and all the other stuff that pulled me away from gaming. During that time tons of different versions of the game were released. I can’t even keep up with them. I have no idea what was happening in Hyrule while I was out of the game, but now I’m starting off in a big huge world where Link has been asleep for 100 years and everything has gone to crap and the princess needs to be saved once again!

I had not played Legend of Zelda in over 20 years, and then while visiting my sister, my son started playing a game he called “Bow and Arrow.” It turned out to be the latest Zelda edition, Breath of the Wild.

I tried not to pay attention. I tried to look away. I refused to buy the game, and the $60 price tag helped harden my resolve. I just knew if we got started on it, I wouldn’t stop. I can’t walk away from a good quest. The OCD kicks in and next thing you know I’ve got to explore every nook and cranny and solve every puzzle.

But then I wanted to find a new game for my son to play. One that wasn’t a First Person Shooter and maybe something that required a little more brain power and ingenuity to get through. One that maybe I’d be interested in helping him with. And then next thing you know I was at GameStop trading in some games and getting a used copy at a whopping $50. 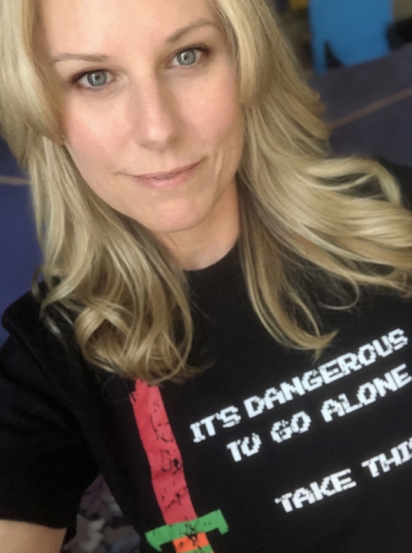 Once a gamer, always a gamer…

I knew I was going to have to help my son with the game, because it’s complicated and he’s only four. I told myself I would not get invested in it. That lasted about 10 minutes.

Before I knew it I was tweaking out about him using his good weapons to chop down trees and yelling things like “Get those mushrooms! Don’t waste your arrows! And for God’s sake look at your map!” Playing a strategy game with a four-year-old is an exercise in patience.

I was suddenly invested. We played all day. And the next day. And the next. We high-fived over conquering shrines, helped each other deal with the occasional repeated failure on a tough challenge, and he even learned to read short but important words like “eat” and “hold.”

So now I’m totally obsessed and I have to play while he is playing because I don’t want to miss anything. But that’s the good part- we are always playing together. I love it when he figures things out on his own and there’s a lot of teamwork that goes into it as well. We work together to advance through the game.

It’s really fun to be immersed in the Zeldaverse again. They include a few things for the old folks, like the noise when you get a useful treasure, or go into a shrine. You’ll recognize it from the first editions. And a lot of the music is a throwback to earlier editions as well.

From Gamer Girl to Gamer Mom

I really love playing video games with my son. He may drive me crazy when he wants to drop all his good weapons and stock up on funny skeleton arms, but overall we have a great experience gaming together. I feel like he improves his problem solving skills and is inspired to learn to read new words so he doesn’t have to ask me every time what to do.

It’s something we can do together that we both love. I had to bite my tongue at a recent Parent/Teacher conference where they told me video games were not recommended. I didn’t tell them how us playing video games is what saves my sanity some days. They wouldn’t understand. But then, they probably don’t know I’m also known for dressing up like video game characters in my free time. I think as long as you make it “family time,” video games can have positive effect.

So play on gamer moms! And show those boys you know how to take down big bad guys and save princesses too! 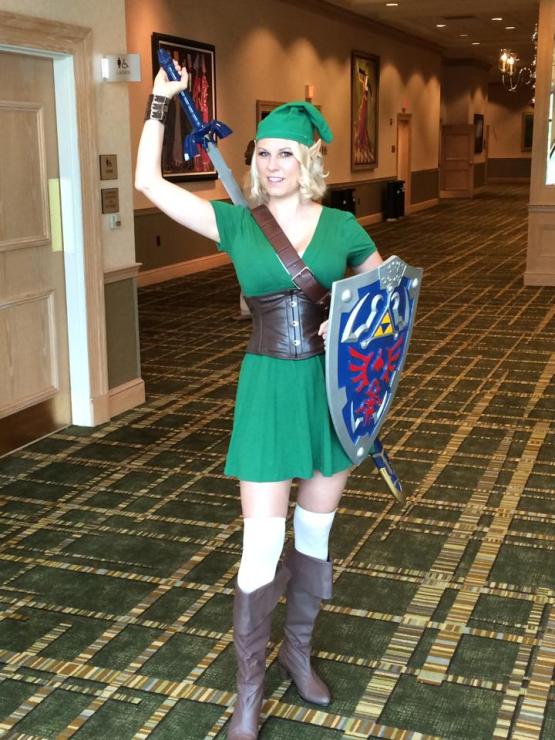 Ready to save the princess!

What are you reading right now? I just started on the third book of the series. I wasn’t totally sure about the first one, but the second one was better. Now I’m hooked and have to read the next one!
My gym essentials: headphones, water bottle, snack. I always get hungry when I leave!
Happy National Winnie the Pooh Day! This is a wooden plaque my husband got me for Valentine’s Day many years ago ❤️ It hangs in our living room. No idea where he got it…probably Etsy.
New Geek of the Week feature on GeekMamas.com today featuring author and Cosplayer Danielle M. Orsino who recently released book 2 in the Birth of the Fae series, Thine Eyes of Mercy.
New blog post today all about Goodles! It’s a nutrient rich Mac and cheese product made with all the good stuff and none of the bad like gmo’s and artificial flavors.
Somebody is after my Magic Spoon cereal! 😆