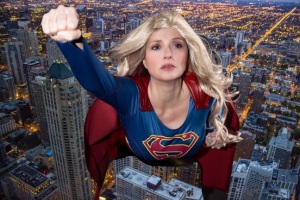 Geek of the Week: AMHCosplays from Cosplay Over 40

Our latest Geek of the Week is Ana Hotaling from Cosplay Over 40, a popular Instagram and Facebook page featuring cosplayers 40+. Being an over 40 cosplayer myself, I know the older crowd can often get overlooked for features and love that Cosplay Over 40 shines the spotlight […]

Celebrate 30 Years of Rugrats with the Complete Series

Rugrats: The Complete Series is now available on DVD from Paramount Home Entertainment and Nickelodeon Home Entertainment. The giant 26-disc collection features 30 years worth of adventure, fun and laughs with your favorite babies and toddlers. It includes all nine seasons plus the special episodes “Runaway Reptar” and “All […]

An Interview with The Mighty Ones

Season 2 of The Mighty Ones from DreamWorks Animation premieres on Peacock and Hulu on July 1, 2021, and I got the chance to interview Alex Cazares and Josh Brenner, otherwise known as Strawberry and Twig from the show. I only had time to ask a few questions, so […]

Legend of Korra fans get a treat this week from Nickelodeon and Paramount Home Entertainment with the release of The Legend of Korra – The Complete Series Limited Edition Steelbook Collection on Blu-Ray on March 16, 2021. Nickelodeon’s critically acclaimed, Emmy® Award-winning animated series receives the SteelBook® treatment with […] 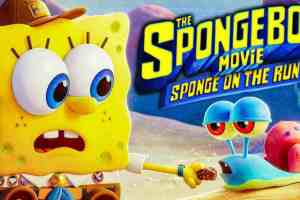 The SpongeBob Movie: Sponge on the Run has a Few Surprises

The SpongeBob Movie: Sponge on the Run from Paramount Home Entertainment was released on Video on Demand and Paramount + on March 4th, 2021 and has a few surprises I wasn’t expecting! We were sent a free code to watch the movie, along with some fun toys and […]

New Geek of the Week feature on GeekMamas.com today featuring author and Cosplayer Danielle M. Orsino who recently released book 2 in the Birth of the Fae series, Thine Eyes of Mercy.
New blog post today all about Goodles! It’s a nutrient rich Mac and cheese product made with all the good stuff and none of the bad like gmo’s and artificial flavors.
Somebody is after my Magic Spoon cereal! 😆
Keelan and I had fun trying out @bokksu , a premium Japanese snack and tea subscription box!
Does your neighborhood have “fairy stops”?
New YouTube tutorial and blog post! #linkinbio👆