What about BOB? When JetBlue and Aer Lingus Lost Our Stroller

We had an amazing Ireland vacation in July! Unfortunately it was the last time we were to ever see our beloved BOB. You see, BOB got stuck on an Aer Lingus flight that transferred to JetBlue and nobody seems to know what happened to him.

He’s kind of bulky and hard to misplace, with his big off-roading wheels that can handle any obstacle. BOB‘s name is actually an acronym for Beast of Burden and it’s well-earned. He’s not a wallflower either. BOB stands out in a crowd, all upholstered in bright orange and black. He even has the nifty tray add-on in front with space for snacks and the upper add-on with space for sippy cups and a zippered pouch. Our BOB was decked out. 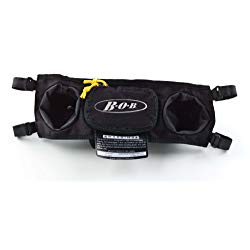 And BOB isn’t cheap. We’re talking about a $500 stroller here. This is another level baby stroller. In fact, you don’t just stroll with a BOB. You run, you crush, you conquer. You can handle any terrain with your BOB. Well, any terrain that doesn’t include tiny aisles.

SO what exactly happened to our BOB you wonder? We do too. Everything was fine until the very last leg of our flight. We gate checked BOB in Limerick, Ireland and then on our arrival in Boston, everyone was asked to wait a moment on the plane. When we were allowed to deplane, there were several police officers waiting outside and we were told our stroller would not be available to pick up. Someone on our plane was getting arrested!

When we got off the plane, there were no strollers waiting and we were told it would continue on to our final destination in Jacksonville. Somewhere along the way, BOB went missing. He didn’t make it to JAX and we had to go home without him.

We called both airlines who both told us to call the other airline. We filed a claim with Aer Lingus and have called to follow-up on the claim every week, only to be told they are working on it. I tweeted about this directly to both airlines, several times, with no reply or acknowledgment.

So here we are, three months later with no BOB. Who knows what happened? Somewhere, out there, there’s a black and orange stroller missing his family. We miss him and would love to get him back. I don’t know what to do at this point. Baby steps I guess. Baby steps… 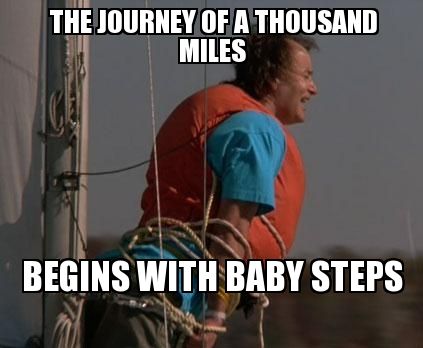 And if you haven’t seen the movie What About Bob, with Bill Murray, check it out, it’s a funny classic 🙂