Spring seems to be creeping in early in Florida so we got busy doing some planting in the yard, we had a busy Saturday attending the Beaches Wellness Fest in the morning and then our first Monster Jam that night, and if you are pregnant you might want to take a gamble on this week’s product sponsor- the Gender Reveal Game!

Spring has Sprung! Sort of! While the official first day of spring is March 20, Florida is confused and giving us 80 degree days and lots of rain. So we got to work planting and moving things around in the yard. I also started a new category for all my Home & Garden stuff. I took a bunch of pics of the yard as it is now at the beginning of the season so I can go back and compare how much it has grown in the summer! 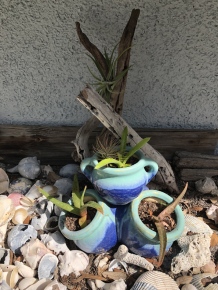 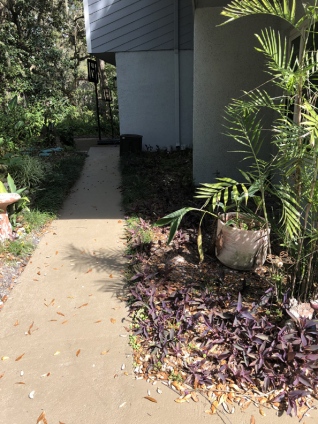 Beaches WellFest – Saturday morning we rode bikes over to Johansen Park for the 1st Annual Beaches WellFest where they had all kinds of health related things to check out. It was drizzling when we left the house and by the second block it was full-on raining. My son made sure he drove through every puddle and arrived sufficiently wet and muddy. We were grateful Jax Surf and Paddle let us hide out from the rain under their tent for a bit while we enjoyed the Tuna Poke Bowl from Big Island Bowls.

Our First Monster Jam! Later that evening we went to the Monster Jam monster truck show at TIAA Field. I was hoping the kiddo would be a little bit more excited when he saw the trucks, but he almost seemed disappointed they were not remote control trucks. Kids are weird.

It started at 7PM, so I was a little concerned K would be asleep by the time we got there. He managed to stay awake but got tired pretty fast after the show started and fell asleep in my lap after 45 min. I was hoping the excitement would keep him going, but there wasn’t all that much excitement after the initial lap around the track. The trucks came out, went around the track once and that was the end of their race. Then they all did that.  I guess I was expecting a bit more action and more trucks on the field at once. Then they did a donut competition and just went around in circles in one spot. We didn’t make it past the second round.

He mostly seemed excited about the giant hotdogs. So just imagine a three-year-old squealing while waving a 14″ hot dog around (without the bun) and proclaiming it “wiggly.” He was more interested in that than the trucks. He also woke up the next morning and was STILL talking about the hot dog.

I guess it gets a little more exciting later on, since a friend who was still there texted me that Megalodon did a flip. That would have been cool to see! But we were long gone my that time, and K was already tucked into bed asleep, probably dreaming of giant hot dogs. 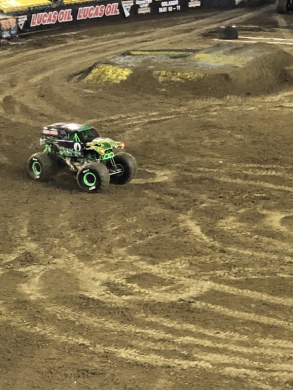 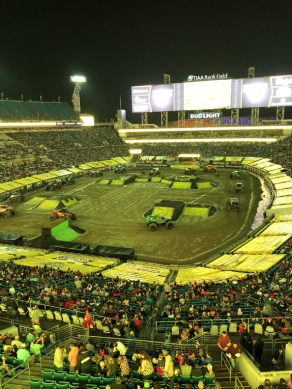 And now for this week’s Product Sponsor: The Gender Reveal Game

Having a baby or know someone who is? Then check out GenderRevealGame.com where you can create a game and have friends place bets on the baby’s gender. Once the gender is revealed, a random winner is selected from those who guessed correctly. The winner gets a prize and the new parents get to keep the cash raised by the bets!

It’s free to set up your game and all bets are placed through a secure payment system. You get a special link to send out to friends and family to help promote your game. Gender Reveal only takes a small percentage of the money raised at the end. The average amount raised is $200! It’s a great idea whether you are planning a big gender reveal or not. Who couldn’t use a little extra cash with a baby on the way?

That’s it for the past week! Be sure  to look for the DreamWorks Dragons Dawn of New Riders Review and Giveaway on Wednesday!

This owl was right outside our screen, looking in like we were the ones in the human zoo 😆.
Today’s #blogpost is mostly me complaining about Instagram and how Vero compares.
New Editor’s Picks round-up post today #ontheblog! This one is about Selfie WRLD Jax, Ript Apparel, shopping at SHEIN and joining the Amazon Influencers program.
New blog post! All about tonight’s Cosplay Chat Live with @jennaespositocosplay at 8PM EST on the @sewgeekmama page.
There a new #geekoftheweek feature on GeekMamas.com today featuring @amhcosplays ❤️ click the #linkinbio👆 to check it out!
Hey it actually looks like Sponge Bob! Which is more than I can say for that Spider-Man ice cream 😆.