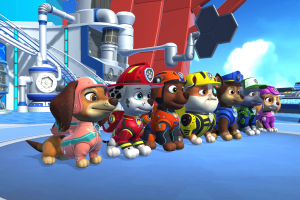 The first feature length film for PAW Patrol hit theaters August 20th, and PAW Patrol The Movie: Adventure City Calls the game is now available on Nintendo Switch, PlayStation, Xbox and PC. We were sent a game to review on the PlayStation platform, and my son and I […]

Indie game developer and publisher Quantum Astrophysicists Guild sent us a few of their games to try out: Breakpoint, #Funtime and The Ambassador: Fractured Timelines. The Q.A.G. started as a game development studio creating award-winning puzzle games and branched out to help independent developers successfully launch their games. […] 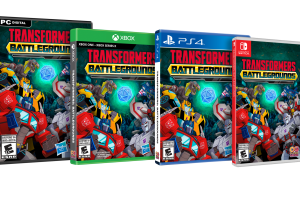 Transformers: Battlegrounds launched Oct. 23rd on all platforms with a new Digital Deluxe Edition which adds an exclusive game mode and cosmetic content to the game. We gave it a try on the Nintendo Switch and although the game is primarily aimed at kids, it’s not that engaging […]

Gaming can be beneficial for kids and adults alike, but you’ll need to put some effort into creating a safe and functional gaming setup at home. From choosing the right gaming console for your kids to making sure your home internet connection can handle heavy video game usage, […]

Best Board Games to Try During Lockdown

GeekMamas guest blogger Ashley Lipman has rounded up several fun board games to break the boredom of being stuck at home during these “safer at home” pandemic times. ~~~ Best Board Games to Try During Lockdown With everyone trapped at home during the lockdown, now is the perfect […]

This weekend join us at @ancientcitycon in St. Augustine, FL!
Adjusting to puppy life. Trying to find dog friendly places to take the kid and the dog. They both enjoyed some time at the empty skate park.
Game review for PAW Patrol The Movie: Adventure City Calls (the game) is on GeekMamas.com today!
Have you seen Disney’s Jungle Cruise yet? Who’s been on the ride? 🙋🏼‍♀️
Broke down and reset my @lettucegrow farm stand for the first time! As you can see, the roots were getting a bit crazy. And I was fighting a pest infestation so figured it was time to just start fresh. It was actually pretty easy 😊.
Looking for cleaner, fresher air? I recently got to try out the AerClear HEPA Home Air Purifier by @clarifion and am honestly enjoying the benefits! #sponsored