Last weekend I grabbed a friend, we loaded up the kids, and took a road trip to Gainesville to check out the 15th Annual Florida Bat Festival at the Lubee Bat Conservancy.

Welcome to the Bat Festival!

I’ve been seeing ads for this bat festival for a few years and always wanted to go. I’m a fan of bats. They’re cute and fuzzy and make me think of Halloween. They’re also really good at eating mosquitoes, which is an activity I highly support. Occasionally they may also carry rabies, which is what my mother just called me in a panic about after watching some show called Something’s Killing Me. I assured her I would not let my son touch any stray wild bats we may run across, only the nice non-diseased rescue bats.

Lubee Bat Conservancy is an international non-profit organization dedicated to saving bats and their habitats through research, conservation and education. They help build bat houses and teach people about bats. You can even take private tours and get up close and personal with the bats! I will admit that I thought there would be more actual bats at the Bat Fest, but I did enjoy the walk-through of the one area that houses several different species including giant bats that are really cool to see up close. 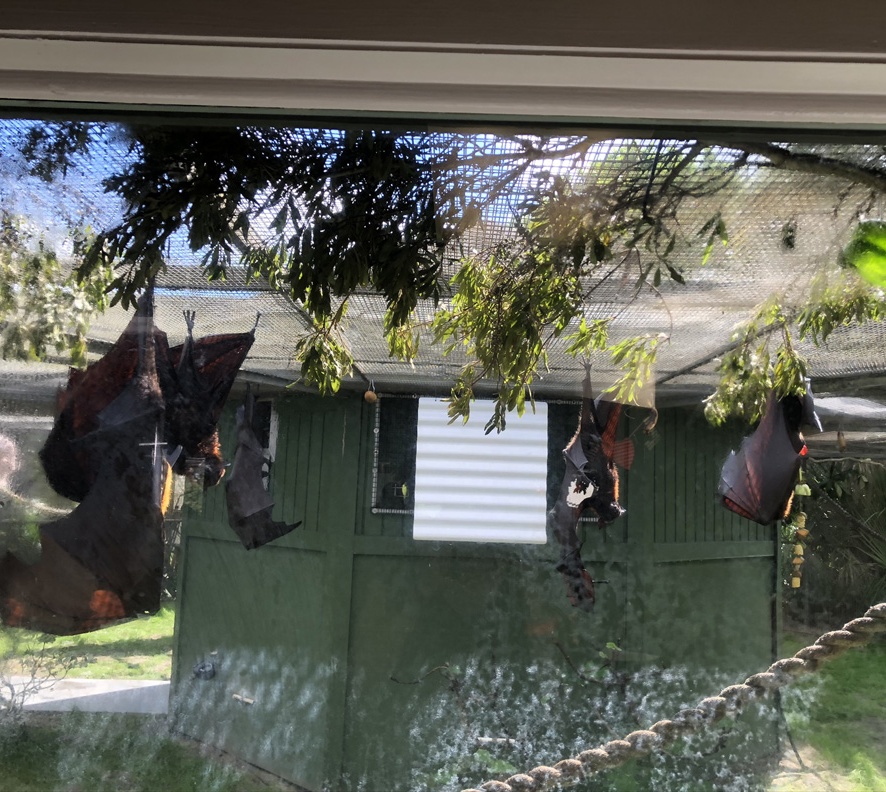 The kids had a blast playing in the Kid Zone and running from one blow-up jumping thing to the next. They also played games, made bat masks, bats on a stick and participated in a human Foosball match. 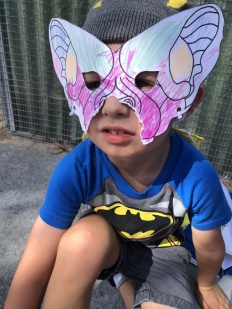 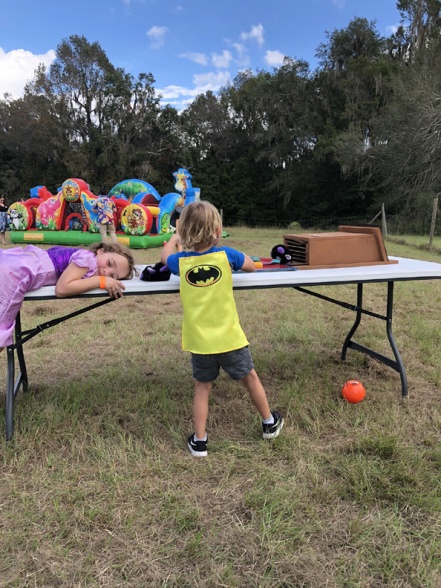 Besides bats, the festival had lots of vendors with neat stuff like paintings by animals and bat themed jewelry and pillows. They also had a Beer Garden with a souvenir tasting glass and many local breweries with unique beers to sample.

I love how some people really got into the theme and dressed up, even in the sunny hot weather. From bat skeletons to an appearance by a Gene Simmons look-a-like, everybody was into the bat thing.

I’m glad we finally made the trip! And thanks to That Nerdy Mom for joining us on a little spontaneous adventure. You never know what the day will be like when you set out with a couple of crazy kids in the car, and minus one big meltdown when I refused to buy my son an alligator switchblade, it went great!

Red curry shrimp bowls 😋
An Aussie and a cat went under the couch…what happens next? 😆
More goodies from the Geeky Valentine Gift Guide! Check it out on GeekMamas.com 🤓
Check out the Geeky Valentine Gift Guide published today on GeekMamas.com!
My sons favorite LEGO activity. Not following the instructions and instead building giant towers. And next of course is destroying them like Godzilla. 😆
What are you reading right now? I just started on the third book of the series. I wasn’t totally sure about the first one, but the second one was better. Now I’m hooked and have to read the next one!