My very first Halloween memory is from around 3-years-old, when my mom took the clothes off a giant doll and dressed me as Raggedy Ann. We went around the neighborhood trick-or-treating and when one house turned off its lights and wasn’t quite in the Halloween spirit, my mom picked me up, handed me a bar of Dove soap, and let me draw all over their windows. 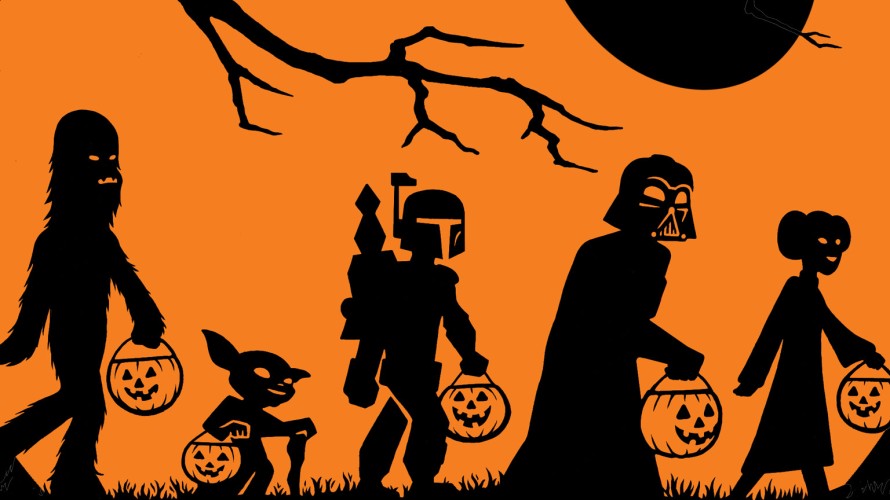 That may not be the best example of parenting, but I had the best time and have been hooked on Halloween ever since. I’ve been so excited to share my love of Halloween with my son and this year was the best yet! We did fun events, he put together his own costume and for the first time, didn’t fall asleep while out trick-or-treating. In fact, he got a lot of compliments on his enthusiasm for yelling “Trick-or-Treat” nice and loud and holding out his candy bucket. And in case you’re wondering, we left the soap at home. Can’t get away with that stuff these days! lol

Our first Halloween party was at Atlantic Beach Country Club, where he decided to be Batman at the last minute. So I put on my favorite bat dress and went as Batmom. He did the Halloween parade and picked up candy along the way. He was pretty excited about it and tore through his stash before we even left the event. 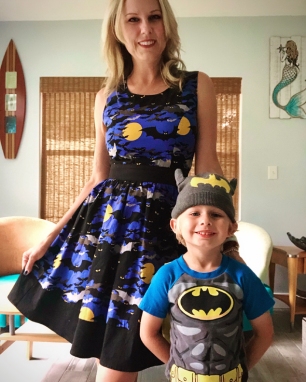 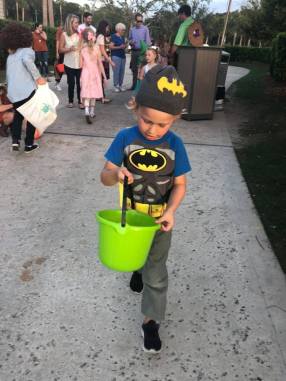 Our next event was at the Beaches Town Center for their annual kid’s Halloween party. There was another last minute costume change, this time to Superman, so I made myself a matching tank top by printing the symbol out on iron-on paper. It was too hot out to wear a full costume so I threw on a cape and some red pants and was ready for comfy Halloween fun. 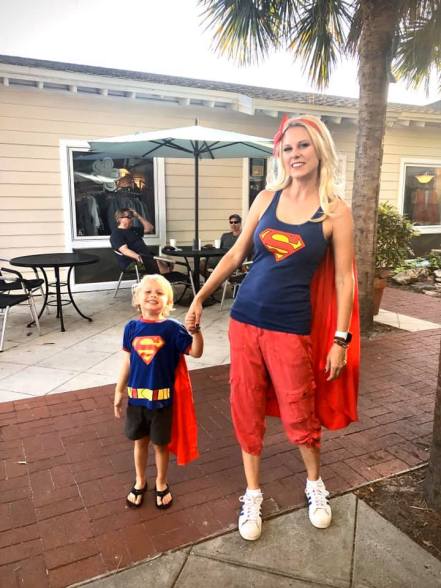 He played games, got more candy, decorated cookies, did the parade and ran into lots of friends. 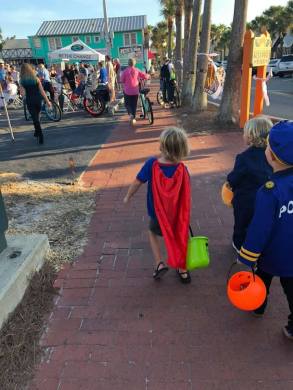 On the big night, he once again decided to be Batman, so I put together a last minute Catwoman costume. I enjoyed spontaneously creating my outfits like a Halloween Project Runway. 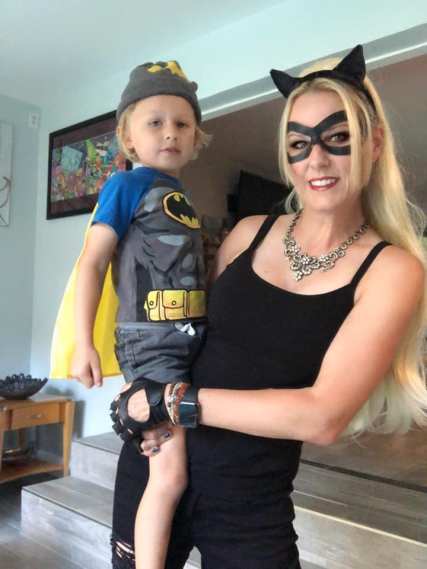 I had so much fun watching him run up to houses and shout “Trick-or-Treat” just like we practiced. The streets were filled with kids running this way and that, houses were decorated and everyone was dressed up. Our neighborhood has a great energy on Halloween night and it reminds me of trick-or-treating when I was little.

And then it was done! Now we have a bucket of candy to deal with. A handful or two mysteriously disappears every day, but luckily he has not noticed. He seems a little obsessed with pushing an all-candy diet. He was really confused by the people handing out pretzels and keeps asking me why someone would do such a thing. I think there should be more of that. It would be a great way to stock up on snacks if everyone just handed out little packs of pretzels and goldfish crackers. (total mom statement there) Of course that would leave a lot of disappointed kids, because it’s not Halloween without that massive pile of candy at the end!

So how was your Halloween? What costumes did you do? Tell me all about it 🙂

Just because I’m over 45 doesn’t mean my skin has to look it!
It’s that time of year 😆
My first Lilly is blooming! I planted bulbs this spring. 🌸
New blog post: How to Put on a Lace Front Wig~ A step by step tutorial on GeekMamas.com to go with the Reel I posted on my cosplay account 😊
New #geekoftheweek on Geek Mamas! Visit the #linkinbio👆 to read the interview with @sindiroocosplays
Yesterday I tested out the new Translucent Pure Setting Spray 16hr by @lauramercier with a full day of content shooting for the blog & Insta. My makeup didn’t budge!