I’ve been gaming since I first learned to turn the little knobs on the Pong game and play what amounted to virtual tennis. I moved up in gaming systems through the years with Atari and Nintendo, then Playstation and X-Box. I’ve watched games grow from pixelated simplicity to […]

If you have a younger child and a new gaming system, you may be wondering what video games to get. We’ve been reviewing games since my son was 3, so our expertise lies in games for kids under the age of 8. Our preferred gaming system is the […] 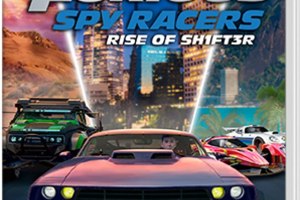 The Fast & Furious Spy Racers: Rise of SH1FT3R video game is based on the family-friendly Netflix animated series of the same name, and features high speed racing, sleek sports cars and paintball. Paintball? Yep, that was my first clue that this was a kid’s game and not […]

We are obviously pro-gaming over here, as testing and writing about video games is part of my job. My son benefits from this with exposure to a lot of different video games at a young age. Though some people may not exactly see that as a “benefit” and […]

Gaming can be beneficial for kids and adults alike, but you’ll need to put some effort into creating a safe and functional gaming setup at home. From choosing the right gaming console for your kids to making sure your home internet connection can handle heavy video game usage, […]