Our GoFundMe is now live! Help us publish our children’s book about a little boy attending his first Comic Con type convention. This is the book I’ve been posting about for the past year, where I went back and forth between choosing a hybrid publisher and self-publishing. After speaking with several authors, we decided to go with Mascot Books.

*Update April 27, 2020 – GoFundMe is now closed and book pre-sales have been moved: Clicked here for info on buying our book! 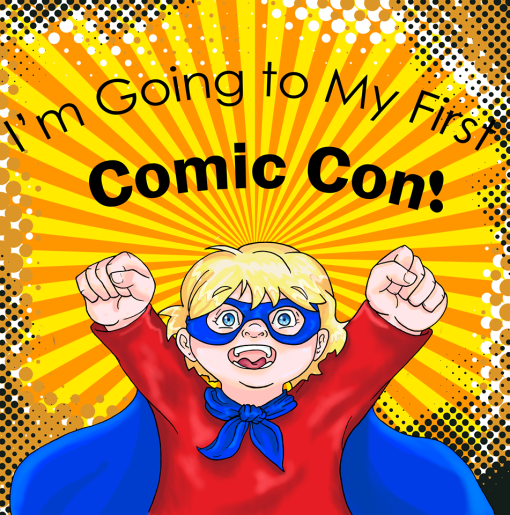 The Story Behind the Book

I’m Going to My First Comic Convention, written by Candy Keane from GeekMamas.com and illustrated by Katherine Margaritis from That Nerdy Mom, follows the story of a little boy attending his very first convention and all the fun things he might see and do, from taking pictures with cosplayers to attending panels and getting autographs.

Candy was inspired to write the story after reading her son a book about going on his first airplane trip. There were also books about first days of school, first trips to museums…but none to give a child (and possibly parents) a preview of what it’s like to attend a comic con. 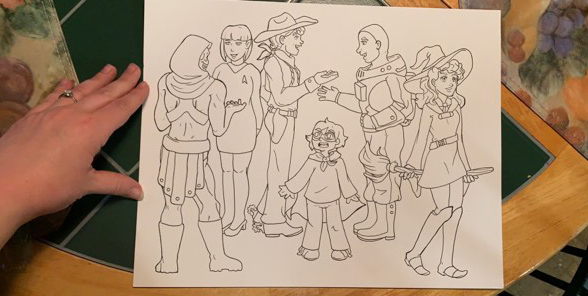 After writing the short rhyming story, she knew she needed to choose just the right person to bring it to life. She couldn’t hand this over to just any illustrator. It had to be someone who had actually seen and done these things to be authentic. And someone who knew the local geek scene would be even better.

She remembered meeting Katherine when their kids, both dressed as super heroes, took a photo together at Mandarin MiniCon several years ago. Katherine proved to be the perfect choice with an uncanny ability to draw the images exactly how Candy imagined them. And the kids’ picture turned out to be super cute too: 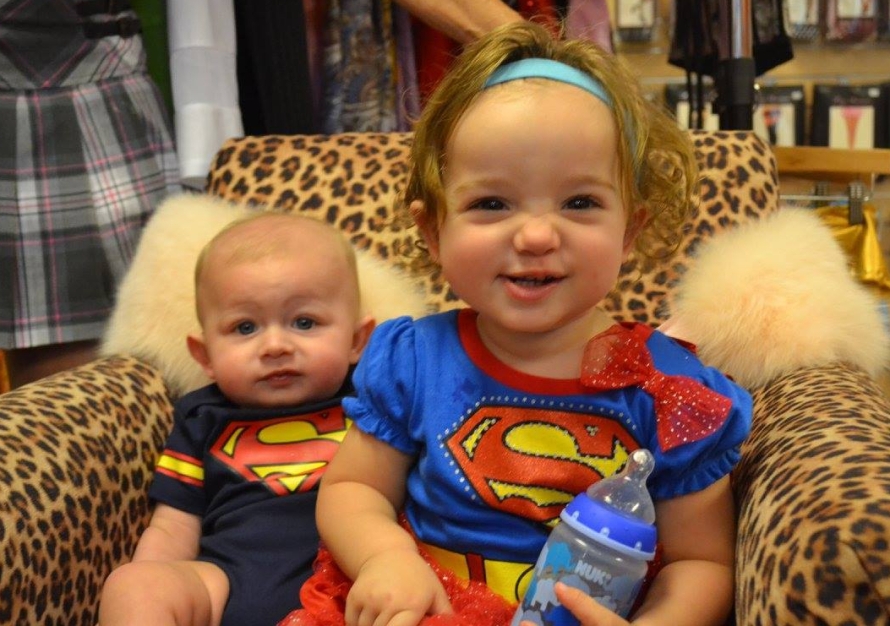 Most of the details are covered on the GoFundMe page, but here are a few extra notes about the project:

*The name of the book will be changed to say “Comic Convention” rather than con, because we recently found out San Diego Comic Con has trademarked the phrase “comic con.”

*We chose a hybrid publisher because the book will have a better chance of getting into actual book stores than if we self-published. But it’s also a little pricey so that’s why we are trying to crowdfund through pre-sales and donations.

*We are planning to do an e-book, but that will be later after the regular book release.

*We chose GoFundMe over Kickstarter due to the “all or nothing” model that Kickstarter uses. We are making this happen one way or another, even if it isn’t fully funded at the start. We started creating the project on Kickstarter though, so we kept the “rewards” ideas and put them on the GoFundMe page.

*The planned publish date is October 2020. Our first payment to get things going is at the end of March. Our deadline to have everything ready to print is July 2020.