Our Jekyll Island Adventure at JekyllCon

We spent the weekend on Jekyll Island, GA, for their 2016 Jekyll Island Comic Con. I was a cosplay guest so I had a table all weekend and Sean was on daddy duty. We did manage to break away on the last day and check out the famous Driftwood Beach, where they recently filmed some scenes from the Walking Dead. 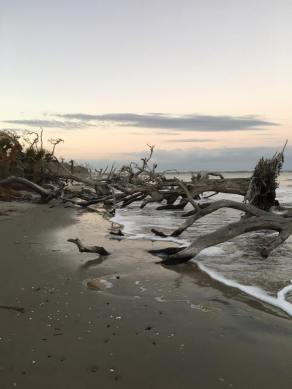 The beach was pretty amazing, though Keelan was mostly interested in throwing sand. I’ve been wanting to visit for a while, but it’s an hour and half north of us so the comic con event was the extra incentive I needed to finally make it happen. 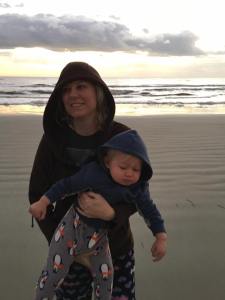 We stayed at the beachfront Days Inn, so of course I had visions of going out and enjoying the sunrises and taking some pretty family photos. Keelan had other ideas. Lesson number one with kids: nothing ever turns out the way you have it planned in your head. Lesson number two: never let it stop you from trying because it is still worth it!

The con was small, but fun. I dressed as Sub Zero on Saturday and Wonder Woman on Sunday. Keelan had fun looking at all the costumes. He had to go say hi to all the Stormtroopers. We even found Santa Claus and then found Deadpool dressed as Santa, so we got our Christmas card pics taken care of. Photo of that coming soon 🙂

What am I doing with this chopstick and @mehronmakeup 3-D Gel? Swipe left to find out 😮.
Packing up for @wasabicon today! I’ll be there Sat. & Sun. with a table with @thatnerdymom24 😊
Last week I visited the Halloween Headquarters at @goodwillnfl to put together an Addams Family look courtesy of Goodwill & MGM.
I recently got to try out Mosquito Deleto and Bare Repair for grass spots by Sunday lawn care for free thanks to #influenster !
New blog post! All about @soshydration and their hydrating drink mixes with the new PAW Patrol line for kids.
Free Guy movie giveaway!