My son is just getting into building things, so when there was an opportunity to apply for a Strictly Briks Tryabox from Tryazon, I signed up immediately. I figured, I’ve suffered through enough episodes of Ryan’s Toy Review, getting kids to review toys looks easy enough.

So guess who has a new respect for Ryan and his willingness to play with toys and not throw them? Yeah, it’s not that easy.

We were off to a good start with the closed box. Keelan was excited to see what was inside. The high level of excitement continued as we pulled the brightly colored packaged from the box. There were squeals of delight when he spotted the Trap and Gap Baseplates with the pictures of cars on the front. And that’s when everything went downhill.

He quickly tore into the box to discover there were no cars to be found. Just tons of tiny building bricks. This was way out of his recommended age range, but there was no stopping him once he saw the box. He did give it his best shot, maybe thinking if he built it, the cars would come. 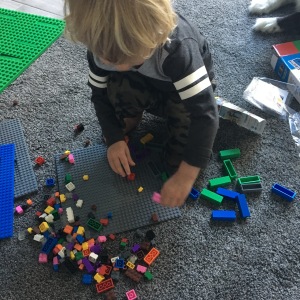 The entire time I’m trying to convince him to let mommy help build it and we can get cars to go in it. He was having none of it.

I tried to steer him toward the more toddler-appropriate larger Briks and he threw them behind the couch. I then tried to get him to play with any of the other fun looking things Strictly Briks had sent us: 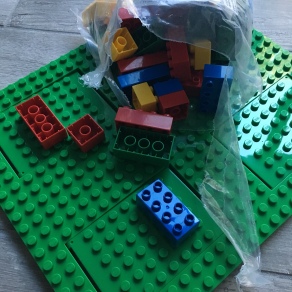 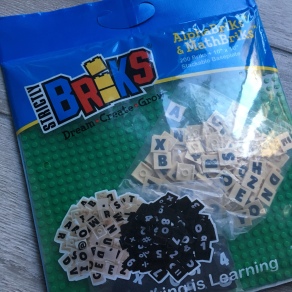 He refused to play with anything else and the whole episode ended in one giant meltdown. So I packed everything away to try another day.

Today he started asking where his new “little blocks” were. 🙄

I’m sure we have plenty of Strictly Briks fun in our future, but for now those little blocks are back in their box until we reach a new milestone of maturity. One that includes not throwing blocks at mommy.